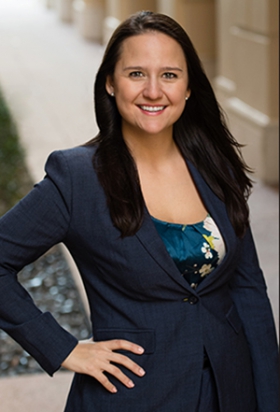 Maria D. Garcia is a Partner and Co–Chair of the Healthcare Practice at Kozyak Tropin & Throckmorton, and focuses her practice on health care law and commercial litigation. She has extensive experience in managed care litigation and advising health care providers on various legal issues, such as federal and state regulatory compliance, practice formation and business expansion. Maria has assisted a variety of providers in recovering over $150 million in underpaid reimbursements for healthcare services. She received her B.A., magna cum laude, from Florida International University, where she majored in Political Science. She earned her Juris Doctor from Florida International University (FIU) College of Law, and was President of the Moot Court.

In 2018 and 2019, Maria was named a “Top Lawyer” in Healthcare in the South Florida Legal Guide. In 2019, Florida Trend Magazine named her as one of the 500 Most Influential Business Leaders in the State of Florida. In 2016, she was honored by the Coral Gables Chamber of Commerce with the Rising Star “Model Star” Award for her work in the South Florida community and legal profession. Maria’s skills and efforts as an attorney were also recognized in 2010 when the Cystic Fibrosis Foundation named her one of the “40 Under 40 Outstanding Attorneys of Miami Dade County.”