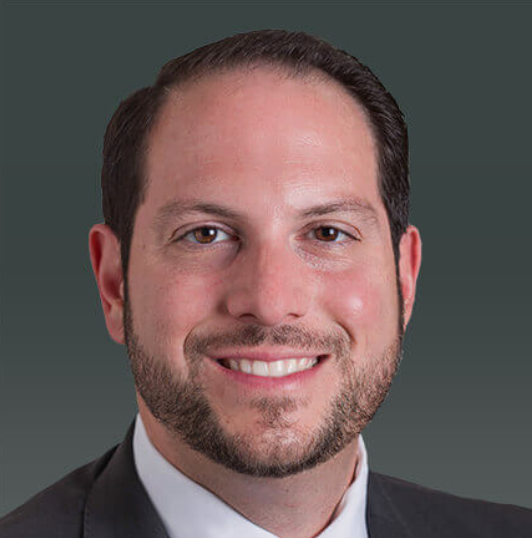 Dax Bello is a shareholder at Stewart Tilghman Fox Bianchi & Cain. His practice is devoted to representing plaintiffs in the civil prosecution of wrongful death, catastrophic injury, and other complex matters.

In 2019, he was designated a “Rising Star” by Super Lawyers, a nationally recognized legal publication, and was honored as a “40 Under 40 Outstanding Lawyers of South Florida,” by the Cystic Fibrosis Foundation.

Dax has served as a member of the Florida Bar Association’s prestigious Florida Rules of Civil Procedure Committee since 2015, helping simplify the practice of law for attorneys and assisting to ensure access to justice for all Floridians.

In his free time, Dax volunteers for various non-profit organizations. He is a proud member of the Kiwanis Club of Little Havana and has co-chaired a number of Carnaval Miami events since 2009, funding dozens of the club’s projects aimed at bettering the lives of children, such as the annual summer camp, sports leagues, and holiday gift drives.

In September 2019 Dax represented the Cuban American Bar Association (CABA) at the Organizations of American States’ Inter-American Commission on Human Rights, bringing attention to continued human rights violations by the Cuban government upon its citizens. Dax is CABA’s President-Elect and will serve as President in 2021, after nearly 10 years on its board, including 4 on its executive board. CABA is known in the legal community as one of Florida‘s more prolific and influential voluntary bar associations, working to empower minorities in the practice of law and providing pro bono legal services to thousands of clients.

Dax also serves as Vice-Chair of the Miami-Dade and Florida Keys Chapter of the American Red Cross Board of Directors and chaired the organization’s 35th Annual Red Cross Gala in 2019.