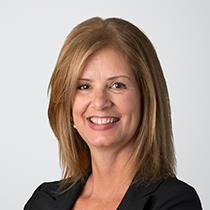 Frances Guasch De La Guardia is a partner in the Appellate Practice Group in the Holland & Knight Miami office. She practices in the areas of commercial and insurance appellate litigation and trial support in both state and federal courts.

Prior to joining Holland & Knight, Ms. Guasch was lead appellate in-house counsel for State Farm Insurance Company’s Miami office from 1998 to 2006. Prior to that, she handled appeals in the private sector with the Law Office of Barnett, Clark, and Barnard from 1990-1994. Overall, she has argued hundreds of appeals in Florida’s District Courts of Appeal; Eleventh Circuit Court of Appeals and the Miami-Dade and Broward Circuit Court Appeals Division.

In a pro bono capacity, Ms. Guasch has worked with the Charity Hurricane Legal Relief Clinics for Legal Services of Greater Miami and the Cuban American Bar Association (CABA). She has also assisted with pro bono appeal work for Catholic Charities from 2015-2017. In 2017, she also assisted the victims of Hurricane Maria in Puerto Rico with pro bono legal work.